This look was the first for the newly named BBC 1 following the launch of sister channel BBC 2. These idents were in use until colour came to BBC 1 in 1969

The first ident used on BBC 1 dating from 1964. You may notice it does not actually say BBC 1 on it, this was because sister channel BBC 2 could not be seen by the majority of the UK at that time

This was the second ident used during this era, it now says BBC 1. The ident is referred to as the watch strap as it looks like a wrist watch

The final black and white ident on BBC 1, the ident was the first BBC 1 ident to also have an accompanying fanfare which was occasionally 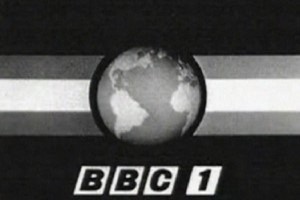