This was the final outing for the mechanical version of the BBC 1 globe, it was blue and green in colour having changed from the blue and yellow look previously. The BBC 1 name had changed from a bold font to a stripy one.

When the look was introduced on the 5th September 1981 there was a snag, the lighting of the globe was not quite right and the ident looked very dark. Over the coming months there were changes made to the ident, the look and the colour was altered and it took some time before BBC bosses were happy with it.

This continuity is from Children In Need from 1983, here Terry Wogan updates viewers on the amount raised so far and introduces Doctor Who which was the 20th anniversary episode "The Five Doctors"

Here is some continuity from 1984 for Doctor Who. In 1984 BBC 1 aired a repeat showing the 20th anniversary episode "The Five Doctors", this time however was shown in four parts

Here is some continuity from 1985 for Doctor Who. These two clips were introducing parts 1 and 2 of the story Attack Of The Cybermen, shown on consecutive Saturdays in January of that year 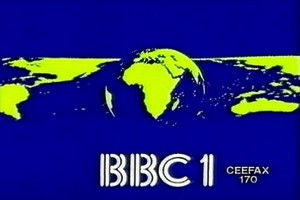 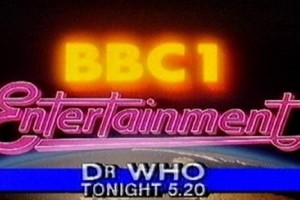