This particular look first aired on the 4th October 1997 and featured a balloon traveing across various parts of the UK.

The balloon design was a globe and the vision was that the balloon was covering the UK in the same way that the BBC did. There were initially 47 different idents covering different locations within England, Wales, Scotland and Northern Ireland, they would be later joined by addition balloons for special events such as the olympics, football or the Millennium. The design came from Lambie-Nairn who had been responsible for the previous BBC globe ident. The filming of the original set of idents cost around Â£500,000 and was shot from a helicopter by Simon Werry, they were filmed in widescreen although viewers would have to wait until the following year to see the idents that way.

There was a new onscreen clock to go with this look which was red and orange, the look mirroring that of the balloon in style.

The new look on BBC One went along with a slight change on BBC Two (a few new idents added) and the changing of the BBC corporate branding across all it's services. As of 2020 that corporate look is almost identical (the BBC letter blocks is the same but the font of the text that goes with it - i.e. One - is now in a different font)

This piece of BBC One continuity was for the long running comments programme Points of View presented by the late, great Terry Wogan

Continuity for the Australian soap Neighbours 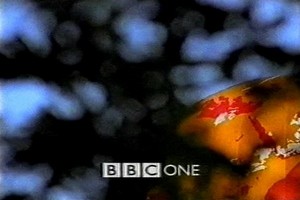 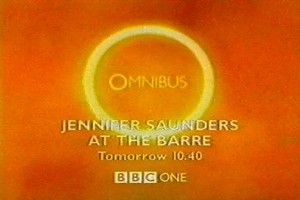