TSW had studios at Derry's Cross in Plymouth. They had aquired them when they took over Westward Television in 1981. Here they are at the end of 1992 and the end of TSW's time on the air. They have since been demolished 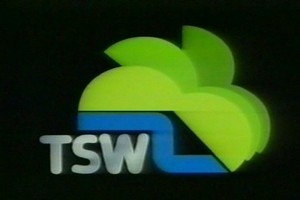